The original building, located at the corner of 11th Street and Avenue B, was built in the 1930s. The structures were built over the trench of the city wall, taking advantage of the slopes allowed by the space immediately outside the city wall in front of the windward bastion, and the inner wall limiting the trench and preceding the esplanade.

The old structure “of three stories, made of concrete with a concrete roof” was built by the family of Mrs. Clementina Herrera as apartments for rent, and it continued to be used for that purpose over time. In the architectural, historical and graphic analysis of the building we noted that the concrete bearing structure (beams and columns) was fairly intact. Thus, for restoring Las Clementinas we sought to reuse these structures as an integral part of the design. The new inner flooring was designed using a system of purlins and Plycem with acoustic insulation and wooden floors, except on the terrace, which was restructured to once again make it out of concrete. Through this decision it was possible to follow the same distribution of Dona Clementina’s apartment building, developing business establishments on the ground floor, surrounded by lush gardens, apartment-like rooms on the upper floors, and common grounds, all topped by an open terrace with a spectacular view of the Pacific Ocean.

Las Clementinas is located in the highest area towards the western part of the Old Quarter, which frames the property within a beautiful landscape where the sea meets the two Panama Cities: the modern and the historic. Following this setting, the focus of the restoration was to rescue all of the building’s historic essence by stressing its ironworks, the internal and external exposed concrete elements, the wooden elements, by keeping the window and door openings, rescuing and rebuilding all the existing architectural elements that bring back to life the building’s original splendor. The concept paid special attention to the recovery and redesign of the gardens, spaces with native vegetation framed by portions of the old city wall, one of which was used during the 19th century as stables and which later became permanent gardens “for the embellishment of the city”.

On issues of environmental sustainability, we focused on the various ways a restoration can be carried out with high regard for its environmental impact. The intervention was cautious, preserving the original concrete structure, rebuilding the wooden flooring to obtain an ambience similar to the one the building had when it was built. Likewise, doors and windows were structured using thermo-acoustics insulation technology with wooden doors and windows. The inner ambiences maintained their classical style and it was possible to recover many of the historic finishes of the common areas, such as stairways, kitchens, and bathrooms. The business area was designed as a restaurant with a concept that is a throwback to turn-of-the-century Panama, always stressing the building’s antiquity. Most of the wood used on floors, doors and furniture was recovered from the bottom of Gatun Lake or recycled wood, always seeking to reduce the environmental footprint, as this was a cause of great concern for the owners. In addition, Colombian artisans reproduced the hand-painted ceramic tiles that had been destroyed with the passage of time. The few tile samples we found allowed us to recreate spaces such as the restaurant’s private dining room or redesign the showers in the rooms using the same techniques.

The challenge in the entire restoration also lies in the design and construction of all mechanical equipment necessary for today’s way of life. The water tank, pumps, and air conditioner for the business establishment were hidden on the ground floor inside a double wall in the courtyard that was made using an existing right of way as an access passage. This allowed us to recover and fully highlight the yards and walls around all of the project’s open spaces.

It is worthy of note that this restoration project implied a process involving not only construction blueprints but also on-site work in order to ensure that the restoration was wholly respectful of the construction methods and the finishes faithful to the original building. 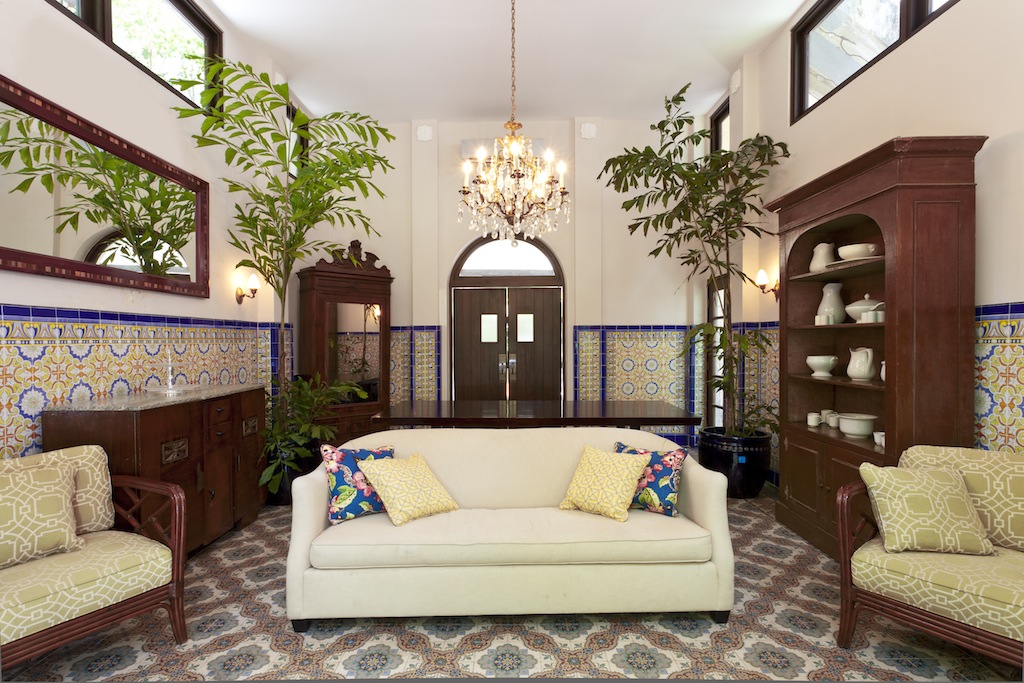 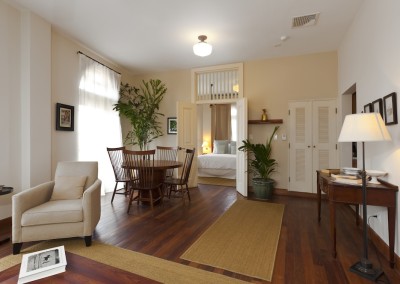 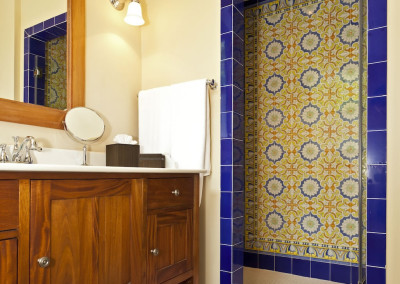 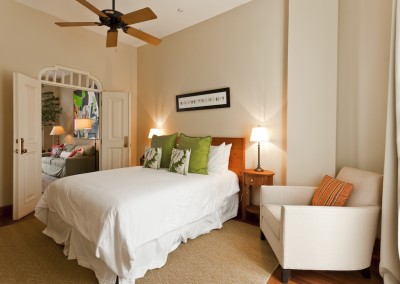 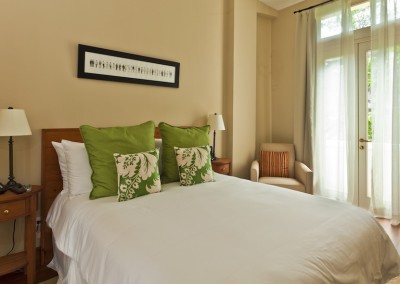 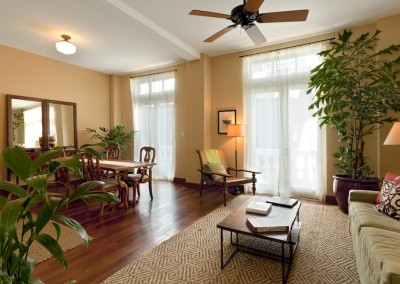 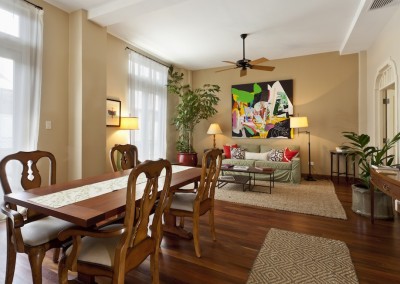 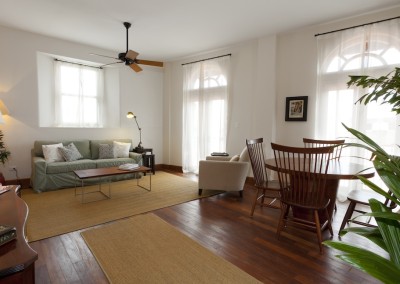 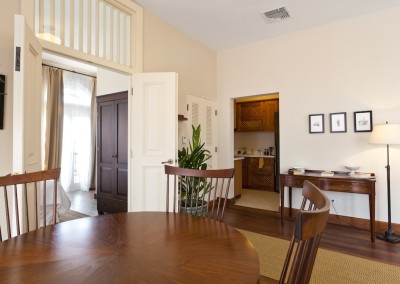 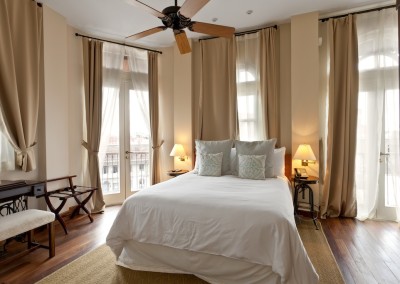 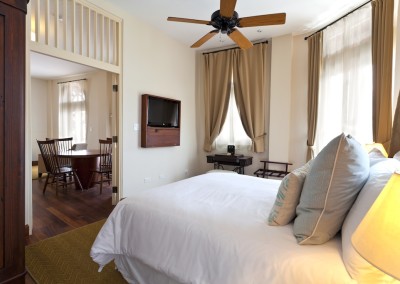 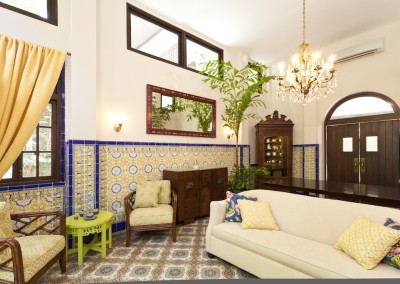 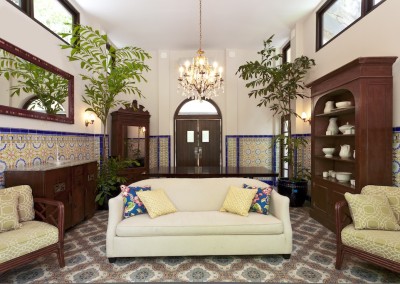 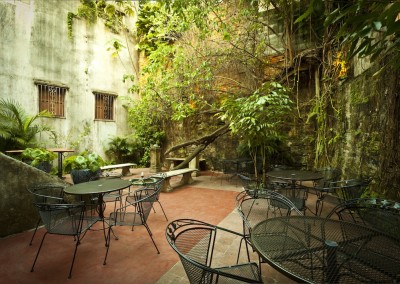 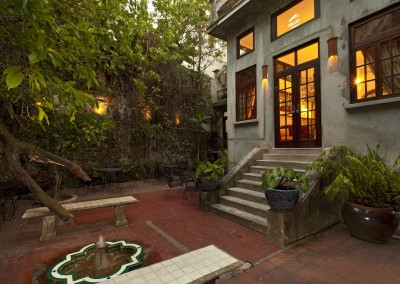 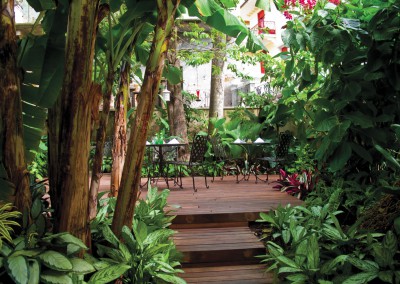 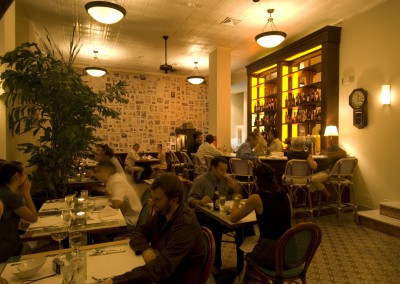 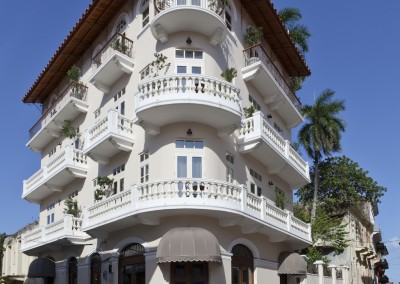 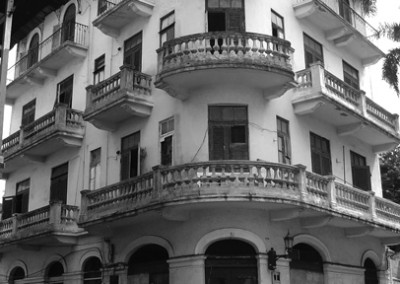 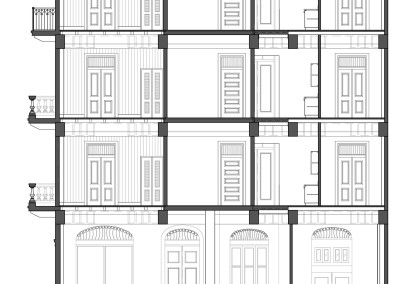 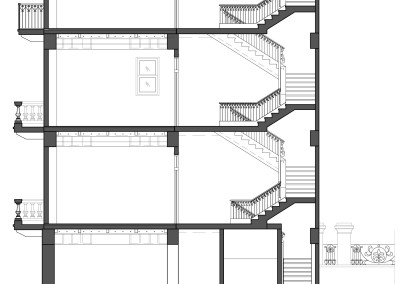 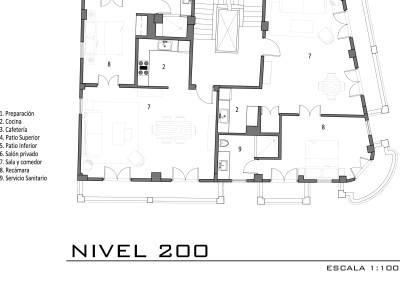 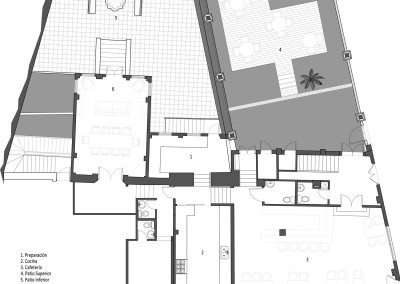 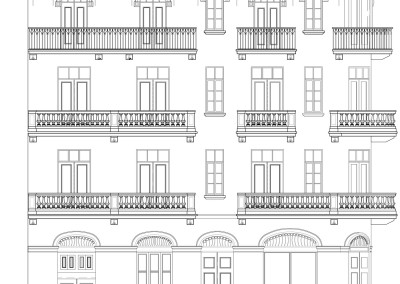 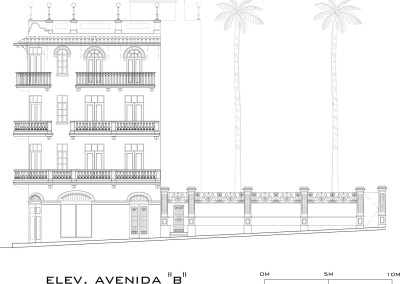