As its name describes [Four Houses], this complex was developed on four adjoining properties on the same block. Each of them kept its individual spirit and distribution of spaces. Due to the magnitude of the project, it was divided into two stages for its maximum optimization. The challenge in this design was to integrate the buildings dynamically, along with the fact that they share the same parking area.

The project’s main feature is the presence of wooden balconies and the fact that its construction is enhanced by brick between its posts (brick masonry with wooden posts) very popular in French colonies, however, very seldom seen in the area during that period in the Old Quarter. The structure was rebuilt entirely maintaining the original discovery. The building it made up of two courtyards, a parking area, seven shops and twelve apartments, several of them privileged with ocean views. 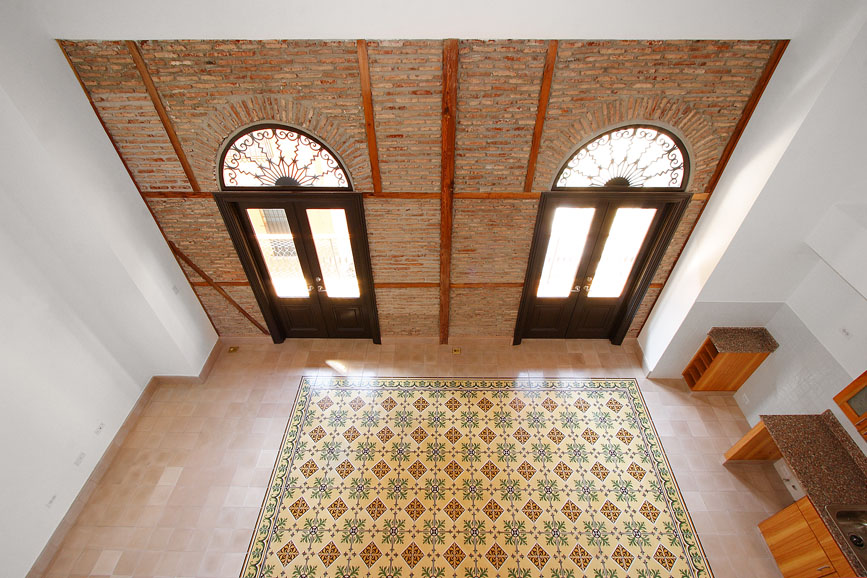 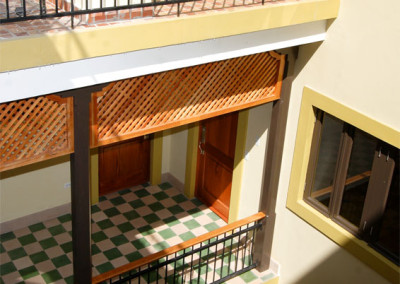 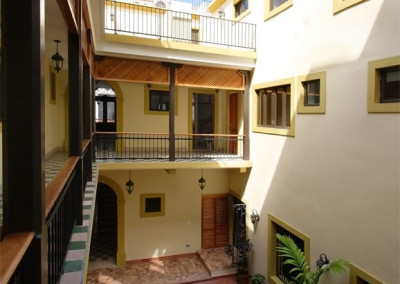 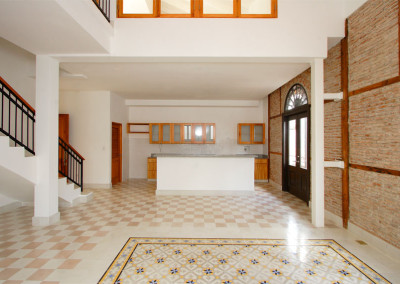 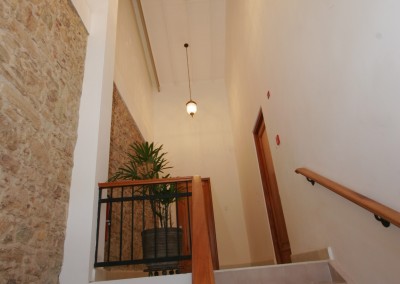 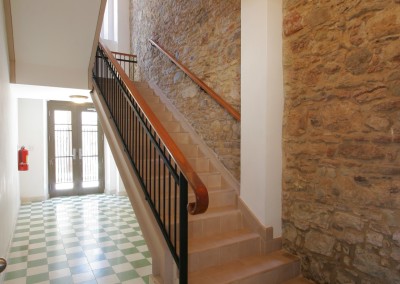