Project comprised of three lots, one adjacent to the other, located between Central Avenue and Plaza Herrera. The first phase (Lot 9921) housed the tallest building, in terms of the project as well as for that era; it is considered to be the first tall building built in Panama City. It was first occupied by the “Reformada” (rooms on the superior level and an ice cream parlor on the ground level, bearing its name).

The current building was built under the plans and design of the architect Leonardo Villanueva Meyer. The first stage of ground level and mezzanine was designed for commercial use and a second stage consisting of four levels that included office spaces as well as luxury apartments and a terrace as a meeting place for the time. It was the first of its kind to be built entirely of concrete pillars and slabs of concrete.

Two rectangular wings draw the most attention to this building: one to Central Avenue and one to the Plaza Herrera, in the center there are two patios and a staircase. Originally it had an elevator.

The balconies and roof deck are also focal points in this building. Facing the Plaza Herrera you would find two balconies inserted in between two large “Bay Windows”, very particular in Panama at the time.

The second stage (Lot 3000), was occupied by the French Consulate, which was later built into a three-story building, including masonry and corrugated iron roof, belonging to Manuel Espinosa Batista, a great leader of the independence movement in Panama.

The third and last stage (Lot 33), also belonged to Manuel Espinosa Batista, its construction consisted of two high masonry floors and French-style roof. It was home to the Espinosa Drugstore and The Preciado Library.

The project consists of restoring the buildings and giving it a commercial purpose as well as a hotel with 50 rooms, restaurant, bar, gym, library, pool, shops, with excellent views of the Old Quarter, Panama City, Ancon Hill and the Pacific Ocean. The project is currently under construction. 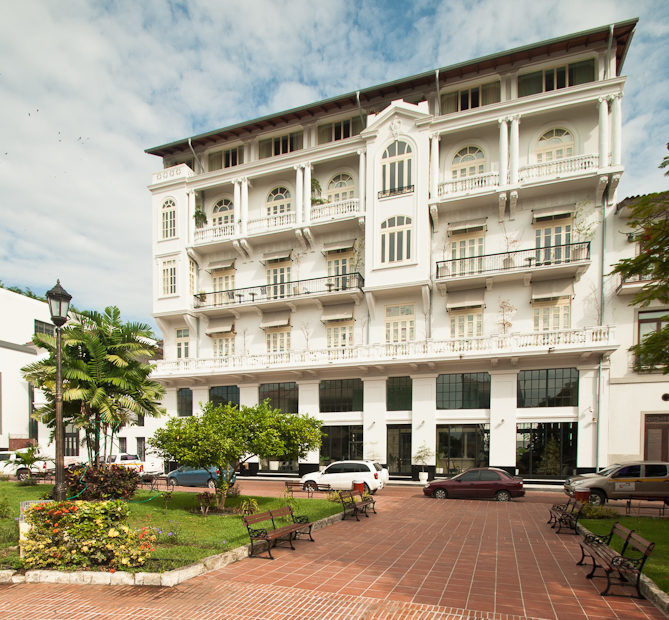 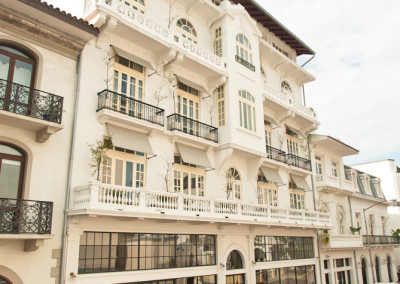 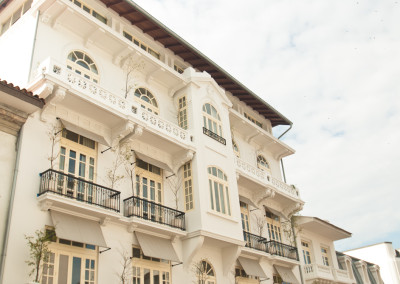 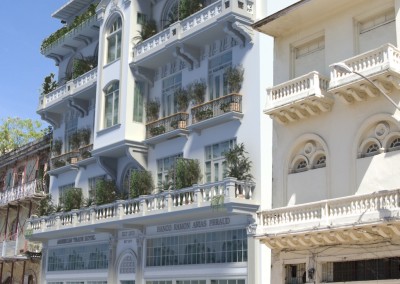 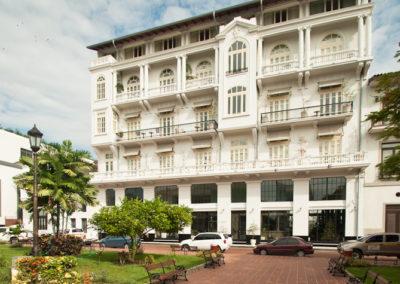 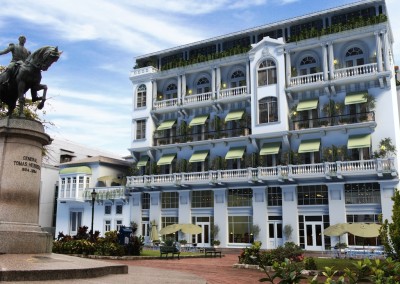 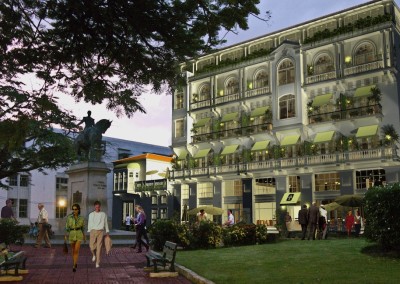 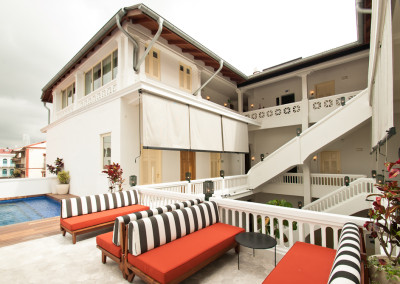 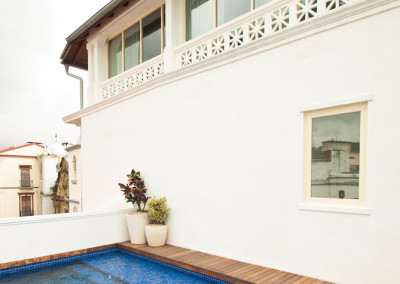