The Subway of Yesteryear… The Streetcar 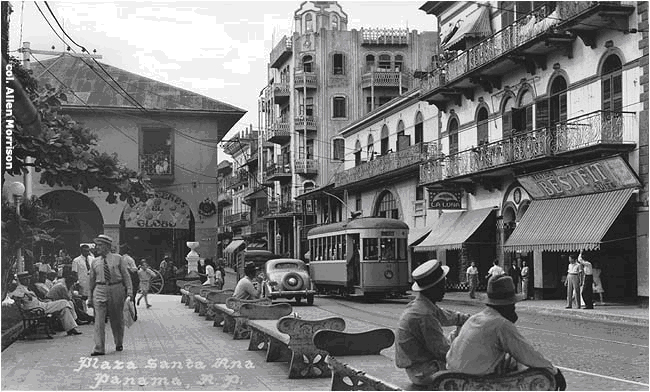 Panama City was established in 1673 in a small peninsula guarded by Ancon Hill.  For four and a half centuries, each brick, each piece of wood, each stone, each slate, the boards and ironwork of a balcony were witnesses, and they tell the history of a city, of the families who inhabited it, of their slaves and servants, of humble workers, of businesses and enterprises that are still productive today, of foreigners who for various reasons came and established themselves here, making this little corner of the world their home.

Our country’s history, and especially the development of Panama City and Colon, is closely tied to its geographical and strategic position as a route of passage and exchange between seas, which made us the ideal place for establishing the first Transcontinental Railway, and later on the construction of an Interoceanic Canal.

The establishment of the railway brought to Panama City an intense economic activity and thus a great population growth. By 1850 the city had expanded to adjacent areas, and the need arose to establish a mass transportation system. The first streetcar system was built in 1890 by a British company, and it ran parallel to the construction of the Canal by the French. It was later expanded and extended by the United States during the construction of the Canal, and it operated until the 1940s. It made its last trip on the evening of Saturday, 31 May 1941.

Seventy-one years have gone by and we still can see today the traces of the start of the 42-inch (1.07 m) rails that operated along 17 km of the city, inlaid in the brick paving of some streets in San Felipe, as a silent witness of a bygone era where the automobile was not the star and the city belonged to pedestrians.

At the start of the last century we had our electric streetcar system, the fourth in Latin America, and in matters of public transportation we were at the level of large cities like Buenos Aires, Rio de Janeiro, Mexico…  The streetcar is the predecessor of today’s subway.

For some reason that I do not understand and that the corresponding authorities have not explained, during the course of refurbishing and underground works for public utilities at the Old Quarter, specifically in front of the building that houses the Ministry of Government and Justice, workers removed a section of the historical rails. Apparently, neither the MOP nor Odebrecht considered them to be of value but only an obstacle for their work.

Those rails are a historical element, they were part of an era and a tourist attraction in the Old Quarter. Before the indifferent attitude of the National Directorate of Historical Heritage I see how our historical memory is disappearing little by little. 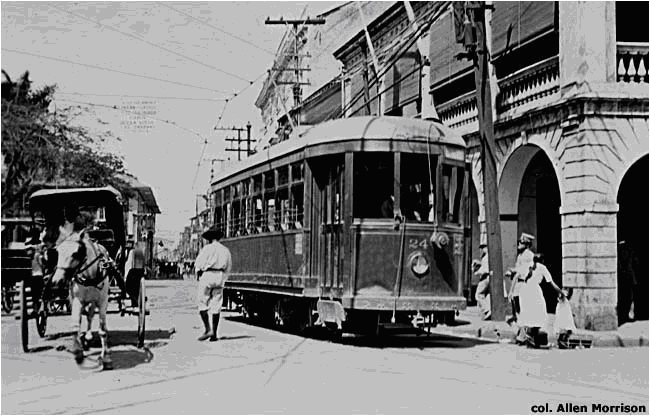