The Defensive System of the City Wall 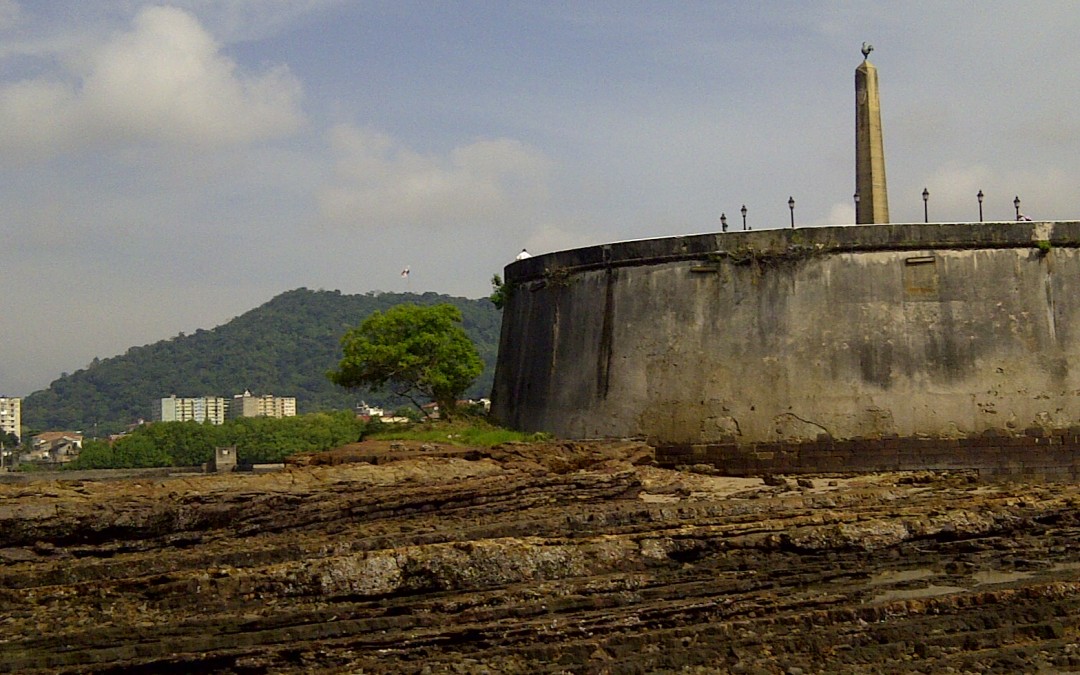 I want to offer you an extract of historical articles on Panama City taken from several sources.  In this extract I attempt to provide an overview of the reasons and purposes for which the new Panama City was founded in 1673.  I directly quote Dr. Maria del Carmen Mena, renowned historian and senior lecturer on History of the Americas at the University of Seville, and a text titled “The New Panama City: Transfer and Reconstruction” that I found during my research but of which I do not know the author.

On 28 January 1671, Morgan gave the order of attacking the city. By then, Governor Juan Perez de Guzman had put a large part of the king’s wealth on board the ship Trinidad en route to Peru, as well as those women, children and nuns he was able to save. Not all of them, of course, because we know many women were raped and murdered by the pirates. But Panamanians, most of them traders and professionals, all of them without military training, were unable to resist the advance, not even by launching an attack with a herd of fighting bulls — “of those that are abundant in the land”, wrote Father Recio — carrying lit torches on their horns. For three hours the battle raged inside the city, viciously and bravely, which would later be known as the “battle of Matasnillos”. But once “they had taken over, the pirates killed and mangled all of those who tried to defend themselves”.

Let us imagine Morgan for a moment, giving the order of abandoning the city, satisfied and rubbing his hands together pleased with the loot he had obtained. It was 17 February 1671. They had remained in that city, now in ruins, for almost a month. More than enough time for his men to perpetrate all kinds of misdeeds, to pillage the city, stone by stone, or what remained of it. The pirates were retreating with 600 prisoners, whom they later released on the basis of an adequate ransom they themselves paid, and a heavy shipment of gold, silver, and goods. They even had to use 165 mules to transport all that wealth. Years later, the losses suffered by the city were valued at more than two million pesos, although other calculations make this estimate as high as eighteen million. 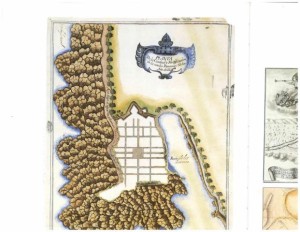 The taking and destruction of Panama City by the pirate Morgan had enormous consequences for the Isthmus of Panama.  The Spanish Crown decided to transfer the city to a more convenient and safe location, thus declaring the Royal Decree of 31 October 1671 — exactly 340 years ago — and appointing Don Antonio Fernandez de Cordoba, a military man, as the Governor and Captain General of the Province of Terra Firma for the transfer and fortification of the new Panama City that was to be populated in the area of Ancon.

Upon arrival of the new authority, by late 1671, the condition of the city was deplorable, almost in ruins or on the verge of collapsing, with its population living in misery and completely abandoned.  Portuguese Brother Gonzalo de la Madre de Dios had carried out the exhaustive explorations that led him to recommend the location for transferring the new city.  Elements of military importance, such as the long and rocky low water line that protected the new site were essential for making the decision. (See enclosed map).  The old city in its new location would follow the guidelines dictated by the Governor of Darien in 1513: tracing by rope and ruler in the shape of a chessboard and the distribution of plots of land according to the quality of the neighbors, etc. Thus, the foundations were laid for a city destined to become not a large, open and unguarded market, as it had been since 1519, but a fort and a market at the same time, and with this purpose the city was surrounded by walls to protect the key to Peruvian trade and one of the most important ports of the West Indies.

The ceremony of its foundation was held on 21 January 1673, and its fortification began a year later under the government of Alonso Mercano de Villacorta, works that, by the way, were supervised by two renowned military engineers: Juan Betin, newly arrived from Cartagena, and Bernardo de Ceballos y Arce, at the time the leading engineer in Panama.  It was by recommendation of Pedro de Ponte in 1686 that construction on the stone masonry of the defensive wall was carried out. It had two main gates — one by land and one by sea — and five side gates: San Juan de Dios, San Francisco, Las Monjas, Santo Domingo, and San Jose.

The model was certainly more perfect than that of the abandoned city. We have to remember that Old Panama was the result of improvisation during the first years of the conquest, when urban regulations were still nonexistent.  Now, on the contrary, when the new city was founded, a hundred years had already elapsed since the publication of the Ordinances for New Population and Government of 1573 by King Philip II, which collected and regulated all of the urban design experience in the Americas. In addition, there was a very clear notion that the new city had to last longer than the old one, and adjust to the trade and port functions that were its reason for being, but at the same time it was necessary to accommodate a population that was constantly growing, protect it from the attacks by the enemy, and correct all the deficiencies that the new circumstances demanded.  It is worthy of note that the system as designed also allowed for a single entrance by sea through the Sea Gate with its Accountant’s Office, the place where much of the gold coming from Peru entered and passed.  The walled enclosure not only was a military bulwark, but over time it also was part of the social system of the new city, with the lower classes occupying the slums in Santana.

When we review the correspondence exchanged in those days, as well as the pressure exerted from Spain — a logical consequence of the fear to lose such an important bastion — it is easy to understand Fernandez de Cordoba’s shortsightedness and his firm decision of fulfilling to the letter the orders received from the metropolis. “The first thing to do in the new city we are trying to rebuild is to start with such a design that it can guarded as soon as possible” — a decree dated 1672 dictated — at the same time Betin and Ceballos — the two military engineers already mentioned — were given the responsibility of choosing the most convenient location, on the surroundings of Ancon Hill, so that the new city “is well defended”. No doubt this obsession to turn the new Panama into an impregnable bulwark against piracy and other enemies of the Crown was the main reason that essential matters were put in the back burner, such as the city’s dimensions and its capacity to successfully fulfill the requirements for a future expansion.

Thus obsessed with a city that was militarily defensible, we can understand today the complicated location that was chosen.  The rocky coastline that turns into impregnable walls drove away any pirates beyond 200 meters of the new walled city.  Proof of that was that on the eve of our separation from Colombia in 1903 the gunboat Bogota was not able to approach the city’s coastline and had to turn back after a single shot fired from what is known today as the Paseo Las Bovedas.

This site uses Akismet to reduce spam. Learn how your comment data is processed.